Just over two weeks after its designation as an Approved Body (UKAB 8521), LNE-GMED UK has this week issued its first UKCA certificate to NINGBO OUBO HARDWARE INDUSTRIAL Ltd, for its “manufacturing of material measures of length” activities. 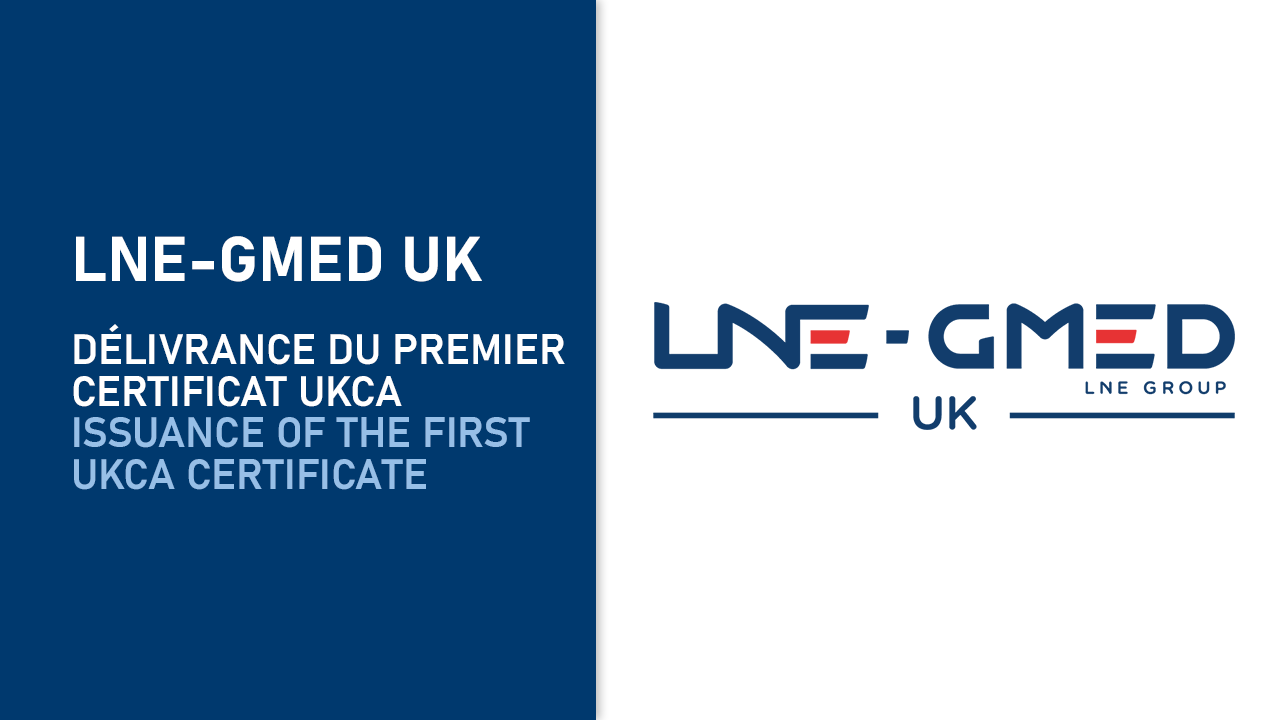 Less than a year after its creation, LNE-GMED UK has just issued its first certification under the 2016 Measuring Instruments Regulation. More certificates to be issued in the following weeks.

Created to develop the LNE group's certification activity in the UK, the LNE-GMED UK subsidiary has reached a new milestone just a few days after obtaining its approved body status. This status enables it to offer manufacturers the UKCA mark under a number of regulations, including the one now issued to NINGBO OUBO HARDWARE INDUSTRIAL Ltd.

How to get the UKCA mark?

The LNE Group is able to offer its customers and prospects the possibility of obtaining the certifications required to apply the UKCA mark. Given the similarities between European and British regulations, these certifications can be obtained through a joint assessment process.