On Wednesday 6th  December 2017 LNE-SYRTE awarded three researchers for their work on time-frequency. Jocelyne Guéna, Daniele Rovera and Michel Abgrall received the LNE Research Prize from Thomas Grenon, Director General of LNE, which rewards researchers who contribute to the success and scientific reputation of LNE and the Réseau national de la métrologie française (RNMF) that it manages.

In order to achieve International Atomic Time (TAI) and Coordinated Universal Time (UTC), which are the time scales on which our society is based, it is necessary to have extremely accurate frequency standards. Jocelyne Guéna, Daniele Rovera and Michel Abgrall have been working for several years at the Paris Observatory on the realization and use of these primary time and frequency standards. In particular, they have implemented a unique set of atomic fountains and developed methods and means that have led, for over 10 years, to an exceptional availability of time-frequency standards with optimal accuracy.

They also have developed a new method for the realization of UTC (OP), the physical realization of UTC from the Paris Observatory and the French legal time base, established from a hydrogen maser piloted using one or more atomic fountains. This work is one of the best in the world and differs from UTC by only a few nanoseconds!

For this 9th edition of the LNE Research Prize, the LNE is proud to reward 3 researchers who enable France, and the LNE-SYRTE in particular, to make a major contribution to the “second” measurement and its dissemination.

Close-up of the work 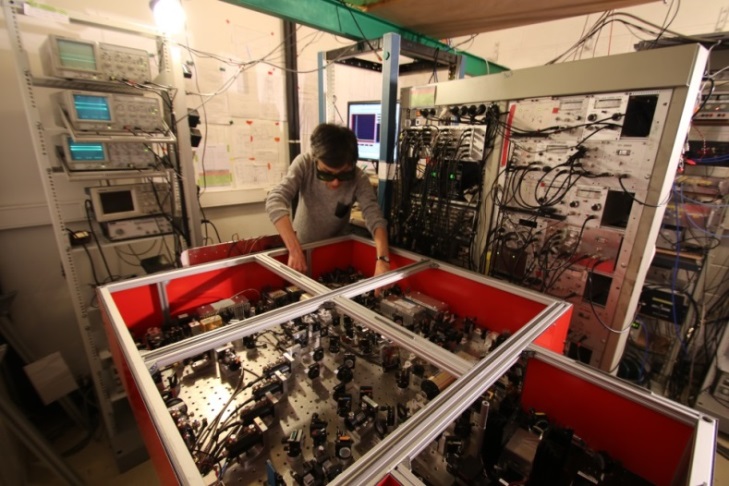 In 2017 we celebrated the 50th anniversary of the "second atomic". Indeed, since 1967 the second, in the International System of Units (SI), is no longer defined according to the rotation periods of the Earth but according to the period of radiation of a cesium atom. This definition, although more precise and stable, requires the implementation of advanced metrological instruments and solid expertise in order to produce reference standards.

First of all, the physics at the heart of the standard must be studied in ever greater depth to obtain the best accuracy. Then develop reliability, control and, for certain applications, transportability of standards, in order to make this ultimate level of performance effectively available to users. Finally, the performance of frequency standards is transferred to time scales, in particular international atomic time (TAI), coordinated universal time (UTC) and local physical representations of UTC.

This is what Jocelyne Guéna, Daniele Rovera and Michel Abgrall have been using with the greatest success in recent years.

They have paid also great attention to the sustainability of their work, while demonstrating remarkable availability for their operations. Among the many results following their involvements, we will remember: 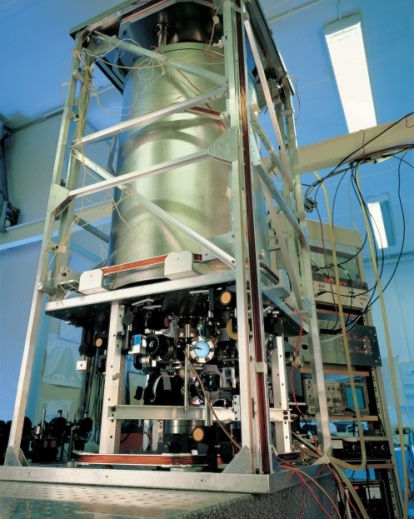 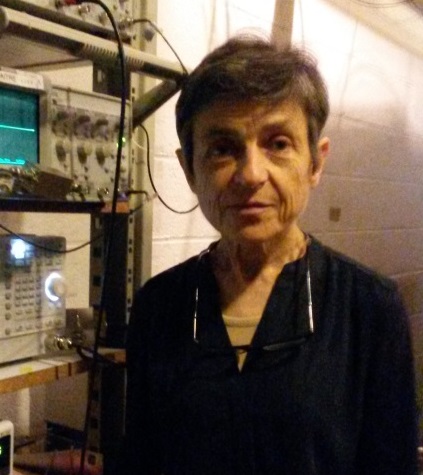 Jocelyne Guéna is research director at the CNRS. A former student at the Ecole Normale Supérieure, she obtained her PhD in 1985, in Marie-Anne Bouchiat's team at the Kastler Brossel Laboratory, on the first observation of Parity Violation in the cesium atom, which constitutes an experimental low energy test of fundamental interaction unification theories. Jocelyne Guéna pushed the precision of these measures of Parity Violation and received in 1999 the Servant Prize from the Académie des Sciences for her contribution to this field of research.

In 2005, Jocelyne Guéna made a change of study towards frequency standard metrology. She spent two years in Switzerland, at the Neuchâtel Observatory and then at METAS in Bern, where she participated in the development of a laser-cooled continuous cesium-jet atomic fountain. In 2007, she joined the LNE-SYRTE at the Paris Observatory. It is dedicated to the state-of-the-art development of the LNE-SYRTE cesium and rubidium cold atom fountains, their applications to time-frequency metrology and fundamental physics tests. 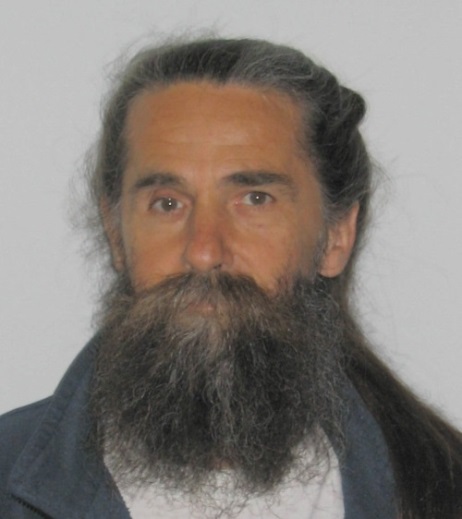 Giovanni Daniele Rovera is a research engineer at LNE. In 1981 he obtained the "Laurea di dottore ingeneria elettronica" at the Politecnico di Torino. From 1981 to 1984 he worked at the Istituto Elettrotecnico Nazionale Galileo Ferraris (INRIM) on time transfer, the development of a 600 GHz frequency standard using magnesium and on studies of systematic effects in commercial cesium clocks. His parallel activities lead him to develop a small company for the realization of instruments dedicated to air sports.

In 1989 he joined the LPTF (now LNE-SYRTE) at the Paris Observatory. There he contributed to the realization of the optically pumped cesium clock (JPO) and the development of frequency standards based on infrared and visible lasers. He was responsible for the frequency synthesis chain linking standards in the microwave to mid-infrared range, and for the development of the first chain directly linking microwave to visible frequencies, based on a femtosecond laser. In 2006 he changed orientation to work on the Time part and on the transportable atomic fountain FOM within the LNE-SYRTE. 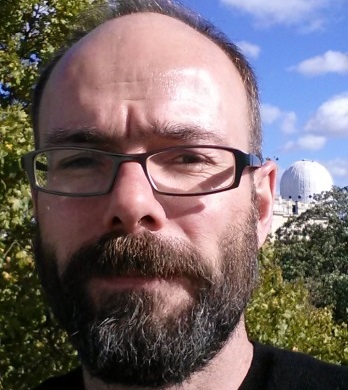 Michel Abgrall is a CNRS research engineer. He obtained his PhD in 2003 on the characterization and operation of the FOM transportable atomic fountain at LNE-SYRTE. From 2004 to 2007, he worked at CNES (Toulouse) on the ground characterization of the PHARAO cold atom space clock engineering model and on the simulation of its expected flight performances. He then returned to the LNE-SYRTE to prepare the ground segment of the ACES space mission.

His activities then focused on the generation and distribution of an ultrastable reference based on a cryogenic oscillator and a set of hydrogen masers, the improvement of the UTC(OP) time scale and the exploitation of the atomic fountains of the laboratory for the improvement of their performances and for their applications in time-frequency metrology and fundamental physics. He is responsible for the operational service of the National Time References since 2011.

LNE's mission is to provide the industry and academia with increasingly accurate, precise and traceable measurements that are connected to the International System of Units (SI). For all fields, it must accompany or even anticipate scientific, industrial or societal developments. Research, whether fundamental or applied, occupies a central place in all laboratory activities.

Fundamental research at the service of the IS

As the French metrology leader, the LNE is the French guarantor of the International System (SI) units. But it is also very involved, at the international level, in the revision of some of them. Indeed, several LNE research teams are actively participating in the redefinition of the kilogram, the ampere and the kelvin, placing the LNE - and France - among the key players for the revisions expected in 2018 on these units.

Transferring the tools designed at LNE to manufacturers remains one of the priority objectives of LNE's R&D teams. By taking part in ambitious European projects and strengthening links with competitiveness clusters, LNE is continuously and deeply anchoring itself in the industrial base. It thus ensures the transfer of its research results to industry and enhances its skills in various ways (scientific publications, integration of industrialists into partnership and European research programmes, design of measurement methods adapted to the specific problems of industrialists, etc.).

Created in 2009, the LNE Research Prize aims to reward researchers who contribute to the success and scientific reputation of the French Metrology Network it manages and its own research activity.