In November 2018, the General Conference on Weights and Measures (CGPM) made the decision to modify the definition for the unit of mass. It will no longer be based on a material artifact; instead, the kilogram will soon be defined on the basis of the Planck constant, h, a fixed value used in quantum mechanics. In 2017, scientists at the LNE, the Conservatoire National des Arts et Métiers (CNAM) and the Observatoire de Paris, as well as at other laboratories around the world, were able to measure that fundamental constant with unprecedented accuracy. In the process, they paved the way to a new, immaterial definition of the kilogram.

Profile of the Kilogram

Redefining the kilogram on a purely immaterial basis 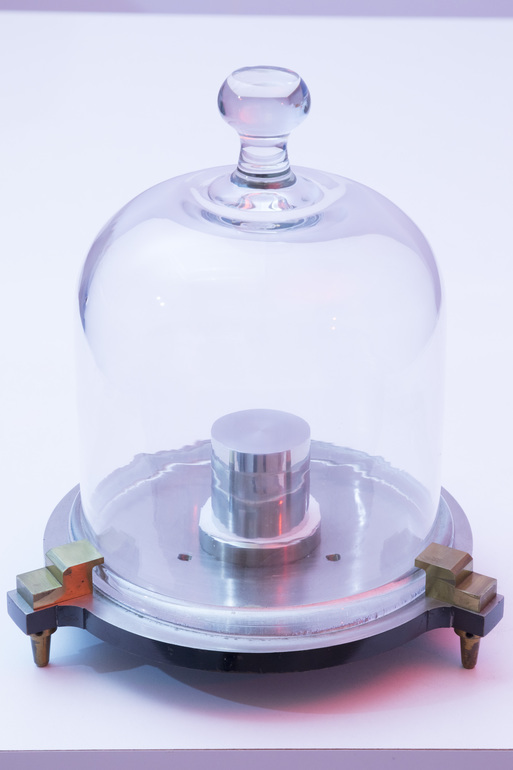 The definition for the unit of mass was produced using a platinum-iridium cylinder that since 1889 has been housed at the International Bureau of Weights and Measures (BIPM) in Sèvres, France. This International Prototype Kilogram (IPK) is kept under guard in a vault, under three bell jars; by definition, its weight is exactly equal to 1 kg. But this material artifact is only available in one place; more importantly, it is not stable over time, since it is not based on invariant constants of nature. In fact, during four comparisons made over the past 150 years, the IPK’s weight has been found to be inconsistent with that of the other prototypes, although their shape and composition are virtually identical. These prototypes include “official copies” made from the same mold as the IPK (between 1882 and 1889) and stored under the same conditions, as well as “national prototypes,” which have been assigned to most countries to serve as national standards of mass. Comparisons revealed that the mass of the reference prototype deviated by about 50 micrograms from that of the other prototypes; as a result, it can no longer be used to make a definitive measurement of mass.

Aside from the problem of an inconsistent standard of mass, the deviation was being reflected in other units of measurements (newton, joule, watt, etc.) that are defined on the basis of the kilogram. In order to curb these limitations and pitfalls, in 2005 the International Committee for Weights and Measures (ICWM) recommended that the kilogram be redefined on the basis of a fundamental constant of nature: the Planck constant (h), which is immaterial, stable and universal all at once.

That left the task of determining the value of the Planck constant as accurately as possible!

The new definition proposed for adoption in November 2018

"Why was the Planck constant chosen for the purpose of redefining the kilogram?" (video in French only)

Experiments with the Kibble balance (or watt balance)

To measure the Planck constant, researchers at the LNE used a Kibble balance (also known as a watt balance) to compare mechanical energy and electrical energy. The principle is that one pan of the balance supports a mass, while the other is connected to a solenoid placed in a magnetic field. Using a two-step process, it is possible to connect that mass, expressed in kilograms, to a voltage at the solenoid terminals and a current running through them. The link with the Planck constant is made using quantum phenomena (the Josephson and quantum Hall effects) in which that voltage and current play a part. 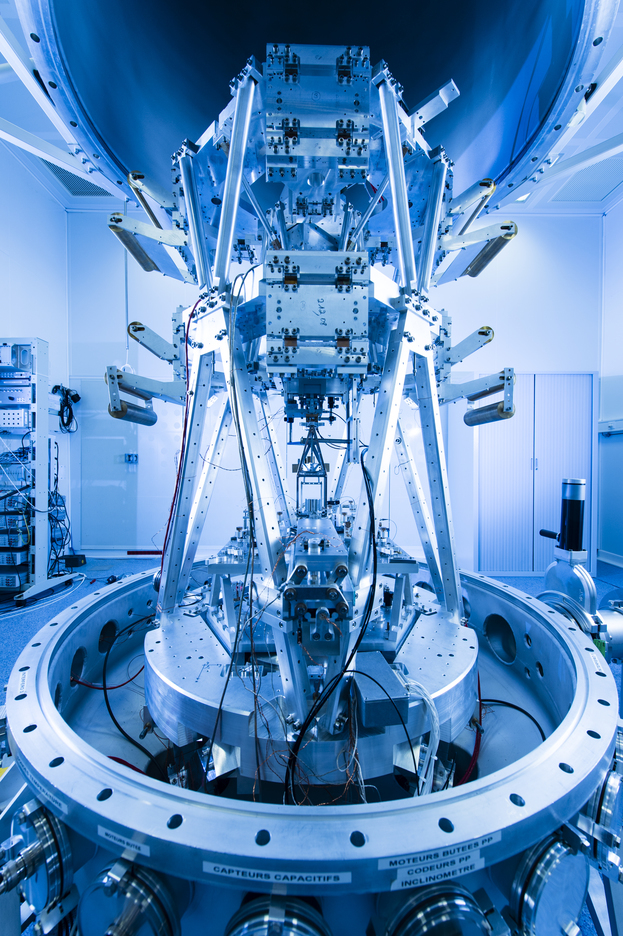 In 2016, taking elaborate precautions, several laboratories involved in redefining the kilogram compared their mass standard with the one at the BIPM – an essential prerequisite to making a precise measurement of the Planck constant. Following years of research and development, the LNE then conducted a continuous series of measurements over a thirty-day period in February-March 2017, so as to produce a value for h with a relative uncertainty of 5.7·10-8. The LNE was one of three laboratories, along with teams from Canada and the U.S., to produce a value for the Planck constant using a Kibble balance, with a level of uncertainty that was within the ICWM’s guidelines for the redefinition of the kilogram.

Once the new definition takes effect, the LNE’s Kibble balance can be used to calibrate any mass without the use of a material artifact, by reversing the steps used to measure h. At which point the IPK will become no more than a historical curiosity, and the kilogram will be based on a truly universal standard.

"How will redefining the kilogram be a benefit? How will it bring progress?" (video in French only)

That’s all well and good in theory, but what about in practice? If we eliminate the reference to the material artifact in our definition of the kilogram, some method of dissemination still needs to be maintained, so that comparisons can be made with secondary standards around the world. As part of Europe’s NewKILO project (2012-2015), the LNE-CNAM Joint Metrology Lab (LCM) conducted work on the materials to be used and the methods for preserving and cleaning the standards. The project aims at developing standards and methods that will allow for traceability from the mass to realization of the kilogram in vacuum.

The primary standard is stored in atmospheric conditions. The alloy consists of platinum (90%) that has been hardened with the addition of iridium (10%). For the purposes of redefining the kilogram, that standard has clear limitations given that the goal is to reduce the uncertainty of the primary realization.

For this reason, alongside platinum-iridium and stainless steel standards, France chose iridium for its primary standards – specifically because it is compatible with France’s Kibble balance experiments – and Udimet 720, whose physical and chemical properties are superior to those of stainless steel, for the secondary standards. Researchers focused in particular on the idea of air-to-vacuum transfer of artifacts. The LCM also studied the impact of the environment. Its research showed that, taking into account the uncertainty of the measurements, any adsorption or desorption from the chamber to the mass standard and the balance had no real effect on the comparative results. (Sorption is a phenomenon in which molecules from the environment adhere to the surface of solid objects.)

Furthermore, a device for plasma cleaning was created using a mixture of nitrogen and oxygen to replace the traditional method of cleaning masses with solvents. Research indicated that plasma cleaning was effective on the platinum-iridium without endangering the long-term stability of the mass.

Thanks to the development of this helpful equipment, the LCM will be able to ensure the necessary traceability for dissemination purposes between the new kilogram definition and the current mass scale.

Conference: "The kilogram: from the artifact to the Planck constant" (video in French only)