Along with Australian and Swedish researchers, the Laboratoire national de métrologie et d'essais (LNE) just published a study in the journal The Lancet, showing that about 15% of patients presenting their first myocardial infarction had no modifiable risk factors. This study highlights the need to identify new biomarkers to prevent cardiovascular disease. 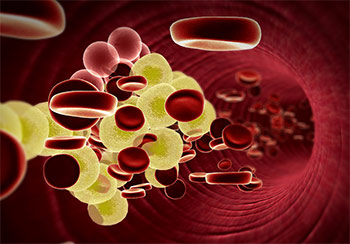 With 140,000 deaths per year, cardiovascular disease is the leading cause of death in France.

Improved identification and interventions against the standard modifiable cardiovascular risk factors (hypertension, diabetes, hypercholesterolaemia, and smoking) have contributed to reduced risk of cardiovascular events and death among patients with myocardial infarction (STEMI). Lipid biomarkers such as cholesterol have long been the subject of particular attention but various studies have shown that these biomarkers are, in a way, imperfect. Indeed, a very high number of patients suffering from a cardiovascular accident didn’t show abnormal concentration of conventional biomarkers.

By retrospectively analyzing data from the Swedish registry SWEDEHEART, a database of 62 000 patients who had an acute myocardial infarction between 2005 and 2018, the researchers found that about 15% of these patients had no modifiable.